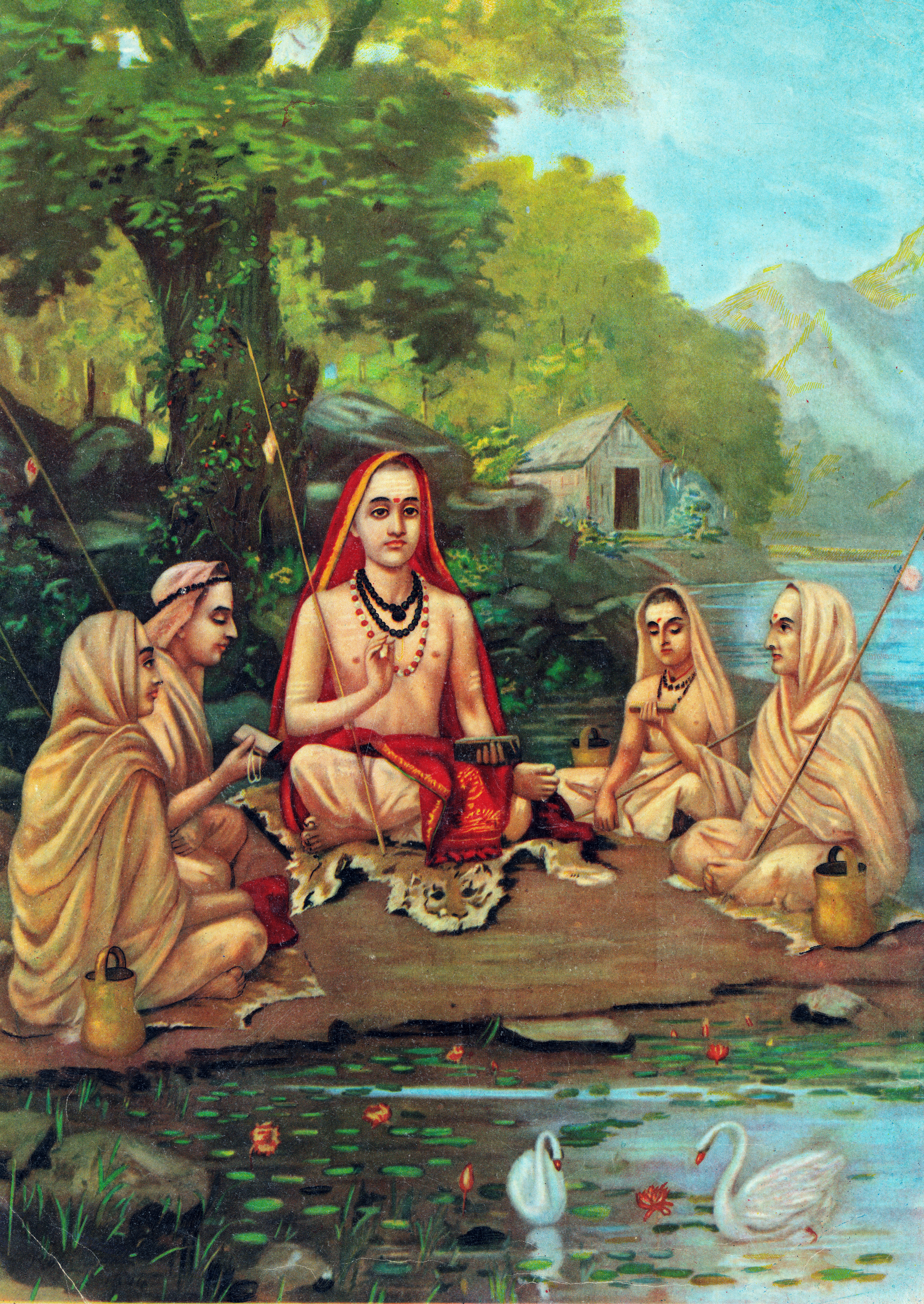 Adi Shankaracharya (Sanskrit: IAST: Ādi Śaṅkarācāryaḥ ), and .}} was an Indian philosopher and theologian who consolidated the doctrine of Advaita Vedanta. Earlier generations of scholars proposed 788–820 CE. Other proposals are 686–718 CE, 44 BCE, or as early as 509–477 BCE.}} Although he is credited by some with unifying and establishing the main currents of thought in Hinduism, his influence on Hindu intellectual thought has been questioned; until Vācaspati Miśra (tenth century CE), his works may have been overshadowed by his older contemporary, Maṇḍana Miśra. The historical fame and cultural influence of Shankara may have grown centuries later after his death, particularly during the era of Muslim invasions and consequent devastation of India.

His works in Sanskrit discuss the unity of the Ātman and Nirguna Brahman "brahman without attributes". He wrote copious commentaries on the Vedic canon (''Brahma Sutras'', Principal Upanishads and ''Bhagavad Gita'') in support of his thesis. His works elaborate on ideas found in the Upanishads. Shankara's publications criticised the ritually-oriented Mīmāṃsā school of Hinduism. He also explained the key difference between Hinduism and Buddhism, stating that Hinduism asserts "Ātman (Soul, Self) exists", while Buddhism asserts that there is "no Soul, no Self".

Shankara travelled across the Indian subcontinent to propagate his philosophy through discourses and debates with other thinkers. He established the importance of monastic life as sanctioned in the Upanishads and Brahma Sutra, in a time when the Mīmāṃsā school established strict ritualism and ridiculed monasticism. He is reputed to have founded four mathas ("monasteries"), which helped in the historical development, revival and spread of Advaita Vedanta of which he is known as the greatest revivalist. Adi Shankara is believed to be the organiser of the Dashanami monastic order and unified the Shanmata tradition of worship. Provided by Wikipedia
Showing 1 - 4 results of 4 for search 'Śaṅkara', query time: 0.03s Refine Results
1
Loading...
Ḥadāʼiq al-maʿrifat
by Śaṅkara
Published 1870
Other Authors: “...Śaṅkara...”