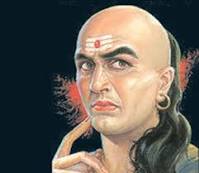 Chanakya (IAST: ', ) was an ancient Indian polymath who was active as a teacher, author, strategist, philosopher, economist, jurist, and royal advisor. He is traditionally identified as Kauṭilya or Vishnugupta''', who authored the ancient Indian political treatise, the ''Arthashastra'', a text dated to roughly between the fourth century BCE and the third century CE. As such, he is considered the pioneer of the field of political science and economics in India, and his work is thought of as an important precursor to classical economics. His works were lost near the end of the Gupta Empire in the sixth century CE and not rediscovered until the early 20th century.

Around 321 BCE, Chanakya assisted the first Mauryan emperor Chandragupta in his rise to power and is widely credited for having played an important role in the establishment of the Maurya Empire. Chanakya served as the chief advisor to both emperors Chandragupta and his son Bindusara. Provided by Wikipedia
Showing 1 - 4 results of 4 for search 'Kauṭilya', query time: 2.74s Refine Results
1
Loading...
Cāṇakyanītidarpaṇa : bhāṣaṭīkāsahita
by Kauṭilya, Kauṭilya
Published 1904
Call Number: Loading...
Located: Loading...
Book Loading...
Save to List